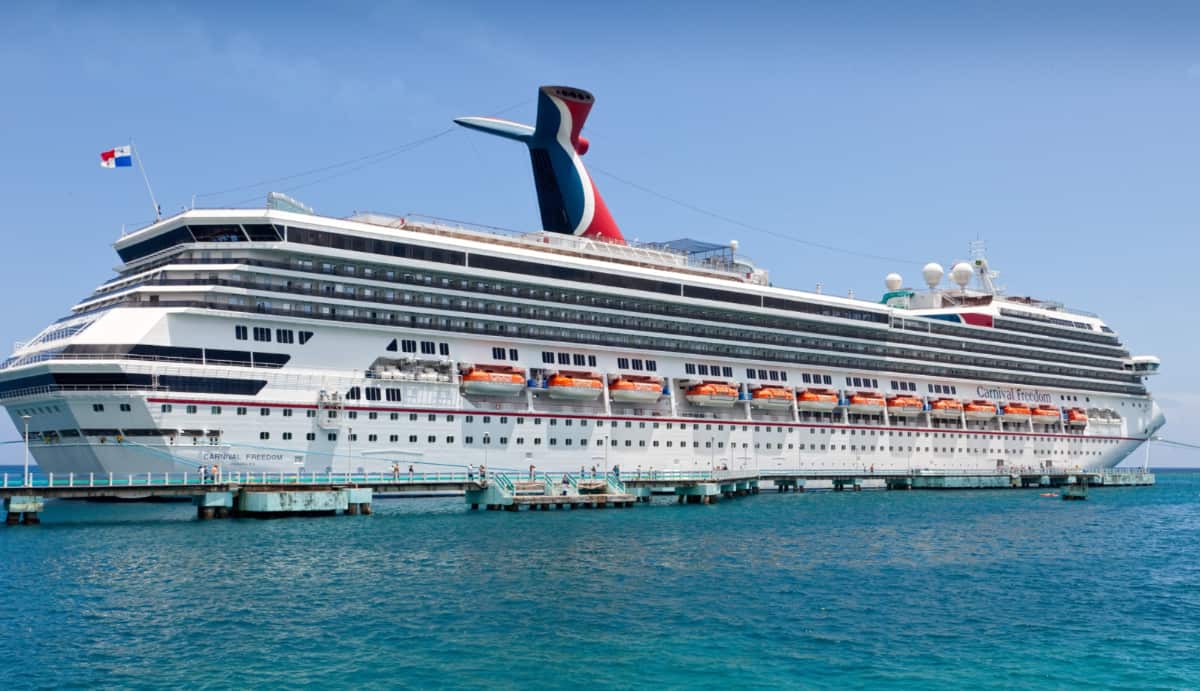 Carnival Freedom restarts operations from PortMiami and becomes the next Carnival Cruise Line ship to resume operations, making twelve ships sailing in total. The Conquest-class ship will be spending the next six months sailing the Caribbean from the cruise capital of the world.

With Carnival Freedom joining the party, the cruise line now has three ships sailing from Port Miami, the others being Carnival Horizon and Carnival Sunrise. Carnival Freedom has been preparing for her first cruise in the last couple of months, after being without guests since March 2020.

The Conquest-class Carnival Freedom becomes the third Carnival Cruise ship to resume operations from PortMiami, and the fifth Carnival ship operating from Florida. Guests are being welcomed into the terminal today from where they proceeded onboard, welcomed by Texas-native TJ Partida, the cruise director on board, and the ship’s captain.

Carnival Freedom kicks off its first trip with an eight-day, round-trip Eastern Caribbean cruise sailing to Philipsburg in St Maarten, San Juan, Puerto Rico, and last but not least, a call in Carnival’s hugely popular private resort of Amber Cove, Puerto Plata in the Dominican republic.

The ship will be returning to Miami on October 17, from where she will be sailing the same itinerary again. The ship will also be sailing six-day Eastern Caribbean cruises to Half Moon Cay, San Juan, and Amber Cove.

At the same time, the Southern Caribbean is also scheduled with calls in Aruba, Curacao, and the Dominican Republic.

By April 2022, the ship will be repositioning to colder climates when she sets her course to Alaska. The 16-day cruise will have ample time at sea while also calling in Colombia, Panama, Costa Rica, and Baja Mexico before arriving in Seattle on May 3, 2022.

With the addition of Carnival Freedom, the Miami-based cruise line now has three ships sailing from Miami, and two ships from Port Canaveral, cementing the strong relationship the company has always had with the state.

Health And Safety Onboard Carnival Freedom

Guests wishing to take a cruise onboard Carnival Freedom in the coming months can expect to comply with the same rules and regulations in place in the last month.

All passengers onboard the Carnival ships aged 12 and above must be fully vaccinated 14 days before the cruise with an approved vaccine or vaccine combination.

There is also the need for a PCR-RT test for unvaccinated guests who have a vaccine exemption permission and a rapid antigen test or PCR test at least two days before the cruise’s start for vaccinated guests.

As the time for the CDC to announce the continued implementation or not of the Conditional Sail Order comes closer, Carnival Cruise Line announced to keep sailings for vaccinated guests into 2022. The current measures, which will remain in place through February 2022.