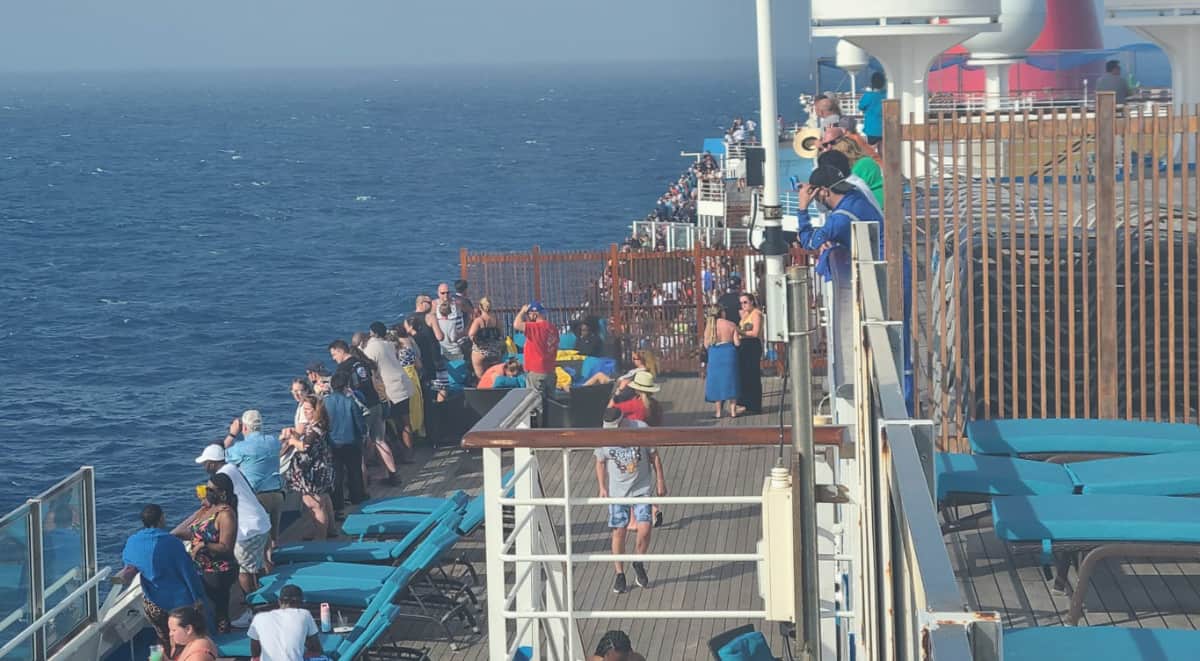 On Wednesday afternoon, the US Coast Guard confirmed that it launched a search for a guest overboard a Carnival cruise ship in the Gulf of Mexico. The vessel is sailing back toward its homeport in New Orleans, Louisiana.

It’s confirmed that a 32-year-old female is currently missing from the Carnival Valor cruise ship, and the US Coast Guard has launched a search with assets. According to a video posted online by a passenger on board, a life ring was seen floating empty in the water.

The overboard occurred approximately 150 miles offshore South West Pass in Louisiana, and the agency was contacted at around 3:00 PM on Wednesday by the ship.

The US Coast Guard said stated, “Watchstanders at Coast Guard Sector New Orleans received a call at approximately 3 p.m., Wednesday reporting a passenger on the Carnival Valor cruise ship had fallen overboard. The watchstanders directed the launch of rescue crews to begin searching.”

Read Also: What Happens During a Cruise Ship Overboard Alarm?

Involved in the search is an Ocean Sentry and a medium-range Jayhawk. Usually, in these cases, the cruise ship would also initially be included in any search by launching one of its own lifeboats.

At the time, Carnival Valor was heading back home to the Port of New Orleans and is scheduled to arrive back early on Thursday morning, February 17. It’s not currently known if the Carnival cruise ship will have a delayed return to New Orleans due to the overboard situation.

The Conquest-class cruise ship is ending a five-day Western Caribbean voyage that included calls at Costa Maya and Cozumel, located in Mexico.

Carnival Valor’s next voyage is scheduled to depart New Orleans on Thursday afternoon on a four-day Western Caribbean itinerary with just a single call in Cozumel.

The last overboard that occurred from a Carnival cruise ship was in December 2021. The Coast Guard spent more than 31 hours searching for a woman overboard the Carnival Miracle just off Ensenada in Mexico.

Feel free to discuss this topic and all things cruise at our new boards. A place where readers can ask questions, help their fellow cruisers and general cruise discussions on cruise lines and ports.