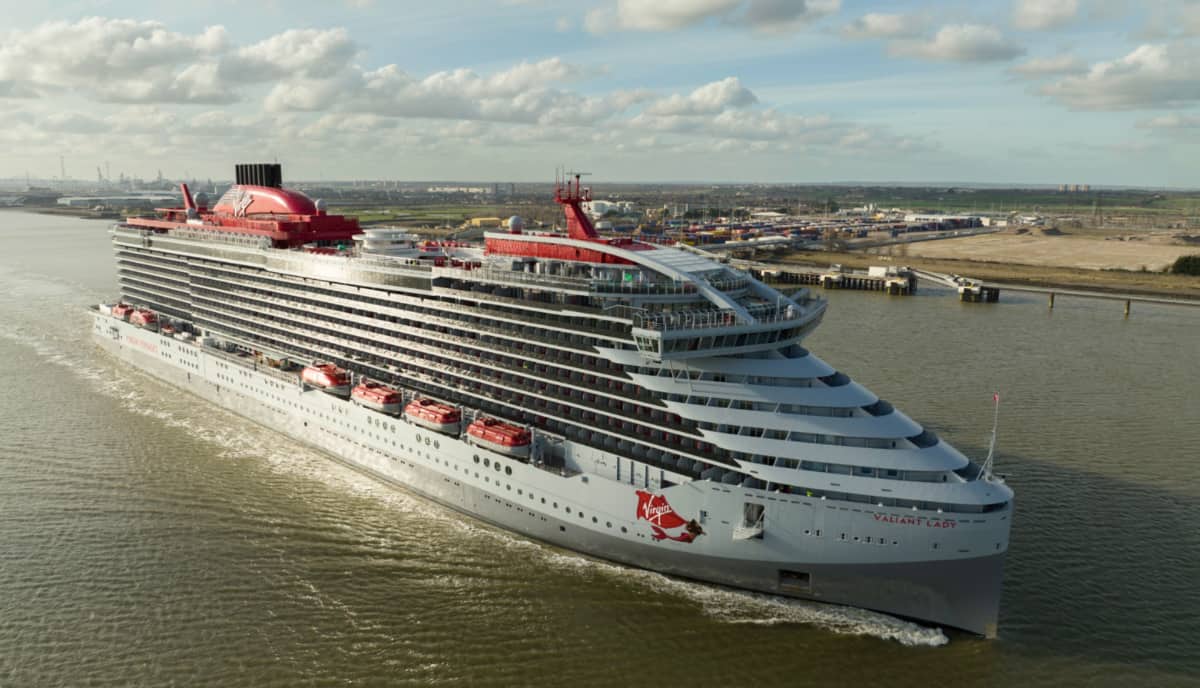 Virgin Voyages confirmed on Thursday that a search and rescue operation had been launched for a passenger overboard the Valiant Lady cruise ship. It will result in a delayed arrival back home in Portsmouth, UK.

During the final day of Valiant Lady’s cruise to the Canary Islands, a passenger went overboard in the early hours of Thursday morning (March 31) off the coast of Portugal.

Virgin Voyages confirmed that a search and rescue operation had been launched, and it’s working with local authorities. The cruise line has also confirmed that the overboard was intentional, and there was no foul play suspected.

Virgin Voyages said, “Our Valiant Lady Crew is conducting a search and rescue mission, and we are expecting a delayed arrival into Portsmouth tomorrow evening. We’re working closely with government authorities and port officials, and we will be reaching out to our Sailors as soon as we have more info.”

The cruise ship diverted from its current route to conduct a search pattern in coordination with the Coast Guard. According to reports, Valiant Lady and Coast Guard assets were involved in the search. Since then, the Virgin Voyages cruise has continued en route to Portsmouth in the UK and the search abandoned.

The ship’s arrival back in Portsmouth is now delayed by several hours. According to passengers onboard, Valiant Lady is not expected to arrive until approximately 7:00 PM on April 1. The next scheduled departure was for 7:00 PM on April 1, which will undoubtedly be delayed. The vessel is scheduled to sail a three-night round-trip voyage to Zeebrugge in Belgium.

Valiant Lady is the newest cruise ship from Richard Branson’s new cruise line. The vessel departed on her maiden voyage from Portsmouth to Zeebrugge on March 18, 2022. The ship was delivered in February 2022 from Italian shipbuilder Fincantieri.

The vessel has been spending time in the UK in recent weeks showcasing all her new features. She features new-look cabins but is mainly identical to sister ship Scarlet Lady, the first ship from the cruise line and currently operating from Miami, Florida.

Valiant Lady is a 110,000 gross-ton cruise ship and has a guest capacity of 2,860 and 1,150 crew members. This news follows a recent overboard from the Carnival Valor in the Gulf of Mexico in February 2022 and, more recently, an overboard from Carnival Horizon in the Turks and Caicos.