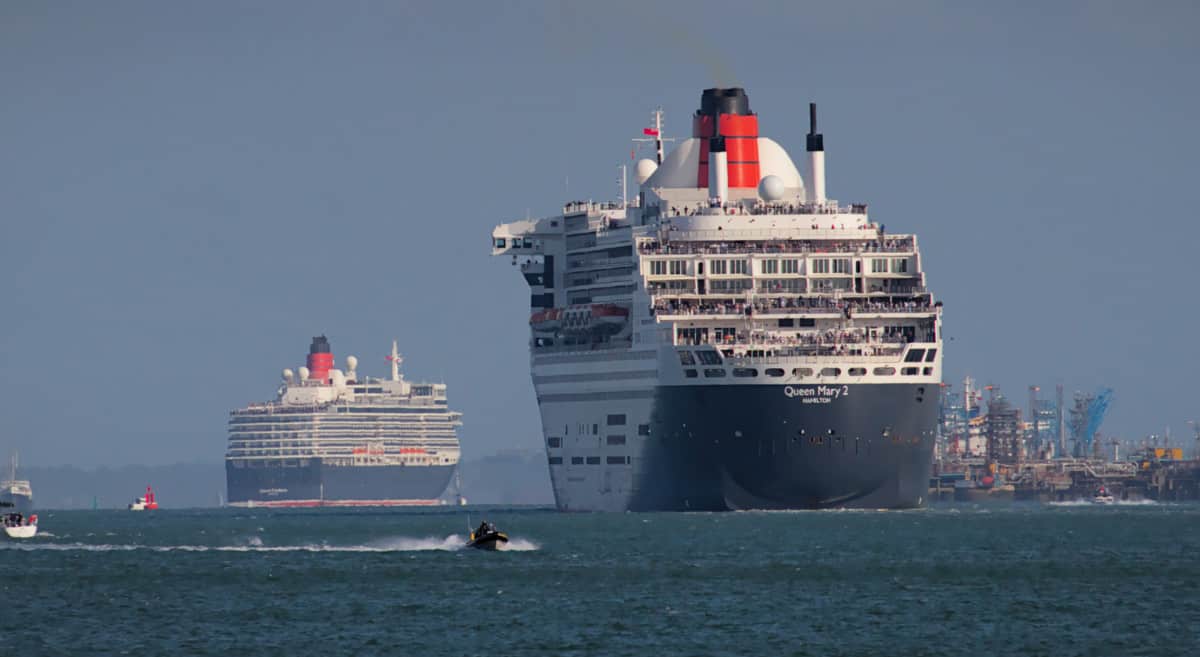 Some guests booked on upcoming Cunard Line sailings have had their cruises unexpectedly canceled. The cruise line is citing crew shortages for the disruption, as guest capacity will need to be limited in order to deliver their signature impeccable service. A number of sailings on both the Queen Victoria and Queen Mary 2 are being affected.

Ongoing travel difficulties across international borders are making it challenging for Cunard Line to fully staff its vessels, which often have some of the best guest-to-crew ratios for larger ships in the cruise industry.

The difficulties are related to COVID-19 travel restrictions, which often include testing requirements, quarantine periods, and other health and safety protocols that can make it difficult for crew members traveling through multiple countries to join a ship. Necessary visas and other international documentation can also make travel challenging at the moment, especially for crew members.

In communication with guests, the cruise line has stated, “As you may have seen in the news, the wider impact of COVID-19 is affecting hospitality and is disrupting airlines and as such this is impacting the number of crew members we are able to get to our ships.”

With fewer crew members on board, lines and waits may be longer and not all onboard services could be offered.

“We naturally want to ensure that all guests across the fleet experience the high standards of service on board that they would expect from Cunard and which we are committed to delivering,” the notice continued. “We are therefore limiting the number of guests sailing as we build crew numbers back up.”

Another statement reads, “Due to our framework of protocols to protect the health and wellbeing of all crew and guests we are currently operating at a reduced guest capacity and we need to take an approved number of staterooms out of service.”

There is no word on whether any bookings for Queen Anne have been affected, though the new ship is not scheduled to set sail until January 2024.

Thus far, the impacted sailings are reported to be during June and July 2022, though some sailings in August may also be affected.

While there has been no direct announcement about which guests, cabins, or sailings are immediately impacted, Cunard Line has been contacting guests directly if they are affected. It is important to note that the impacted sailings are still planned to set sail, but will host fewer guests in order to maximize service and ensure a high quality experience.

All guests whose bookings have been canceled are automatically being given a 100% refund of their cruise fare, taxes, and prepaid items. Refunds are being processed back to the original form of payment, with no penalties deducted.

In addition, all affected guests are also being given a 25% Future Cruise Credit (FCC) based on their fare paid, which can be used on any future Cunard Line sailing.

The FCC must be booked no later than December 31, 2024, which means it may also be able to be used aboard the new Pinnacle-class Queen Anne when she debuts at the beginning of that year.

Cunard Line is not the first to be affected by crew shortages. Just one month ago, P&O Cruises canceled seven sailings of Arcadia just after the vessel officially reentered service, citing crew availability.

At that time, P&O Cruises stated, “The current and extraordinary impact of COVID-19 in the UK, in the wider hospitality, service, and airline industry as a whole, has resulted in a temporary disruption to crewmembers available to join our ships.”

Both P&O Cruises and Cunard Line are based out of the United Kingdom, with Arcadia and Cunard’s Queen Victoria sailing from Southampton, while Queen Mary 2 is sailing various itineraries from Southampton, New York, and Hamburg during the affected time period.

Cunard’s Queen Elizabeth is currently repositioning from Southampton to Vancouver to begin her summer season in Alaska in early June, and no reports have been confirmed of booking cancelations for that vessel.

Oasis Class Cruise Ships: What You Need to Know
Celebrity Cruises Offering Their Lowest Prices of the Year
Royal Caribbean Releases New Video of Yet to Be Revealed Feature
Best Cruise Toddler Guide to Keep Little Ones Entertained
Royal Caribbean’s Next New Cruise Ship, Icon of the Seas, Has Giant Sphere Added To It