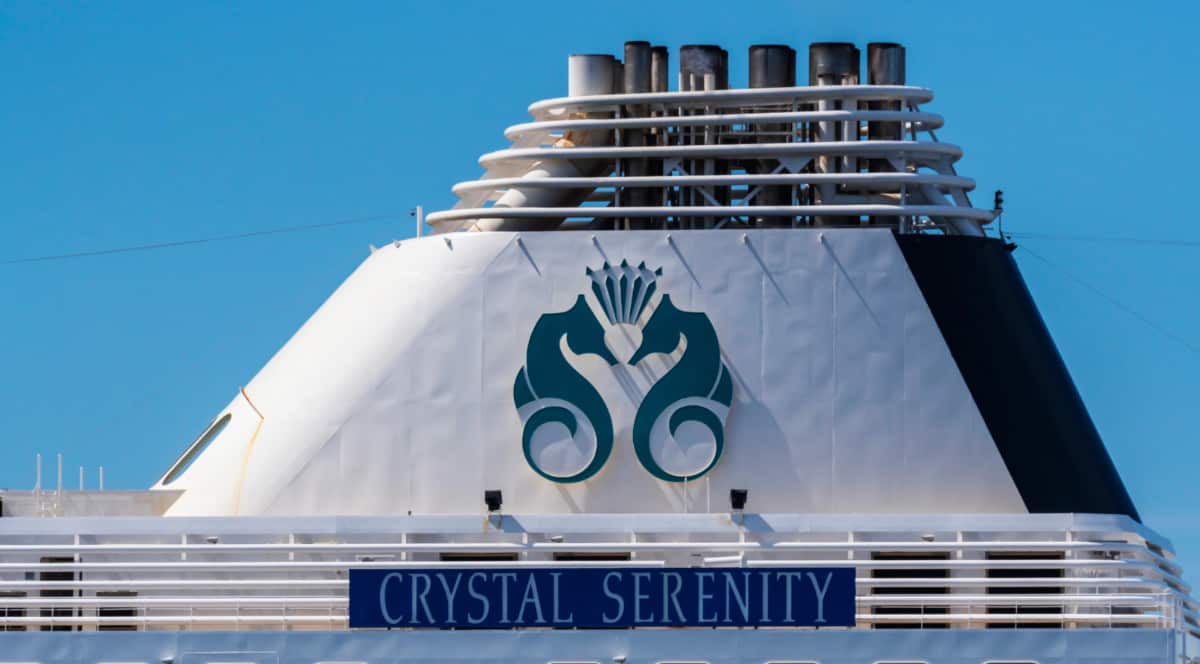 The most likely buyer of the two Crystal Cruises ships purchased them in an auction last month. The industrial holding company chaired by Manfredi Lefebvre d’Ovidio, A&K Travel Group Ltd., is the new owner of Crystal Serenity and Crystal Symphony.

The new owners intend to keep the Crystal Cruises brand name and service the company was known for as it starts working on a restart of the two new vessels. Although they will carry the same name, the new Crystal Cruises will be an entirely new company with no connection to the previous owners.

It would seem a match made in heaven, Abercrombie & Kent, an award-winning luxury travel company that offers luxury vacations, private tours, and small-group adventures, and Crystal Cruises, one of the most decorated luxury cruise experiences in history.

“The idea of combining the unparalleled onboard service that Crystal Cruises is known for, with the extraordinary tailor-made experiences Abercrombie & Kent has been successfully providing for our guests for the past 60 years, fills me with excitement, enthusiasm and pride,” said the Founder, Co-Chairman and CEO of Abercrombie & Kent, Geoffrey Kent.

That’s precisely how the other new owner, Manfredi Lefebvre d’Ovidio, Co-Chairman of A&K Travel Group Ltd., Crystal Cruises, and Abercrombie & Kent, sees it. Lefebvre d’Ovidio already has a rich history in the cruise industry, first through Sitmar Cruises and later through Silverseas.

“I am thrilled to start this new chapter and to be back in an industry that has always had, and always will have a special place in my heart. Thirty-five years ago, my family acquired control of Sitmar Cruises, building three of the first purpose-built cruise ships, and 30 years ago my family pioneered a new way of cruising.”

After selling Silversea to Royal Caribbean, Lefebvre d’Ovidio has been looking to get back into the industry in one way or another. The opportunity to purchase the two Crystal Cruise ships could not be missed:

“When the opportunity arose to acquire Crystal Cruises, I did not think about it twice. Having next to me my incredible friend and inspiring leader Geoffrey Kent makes this venture even more enjoyable.”

The newly formed company will be working broadly as Crystal Cruises did under its previous owners, Genting Hong Kong. The hotel-side and maritime part of the vessels will be managed by V.Ships Leisure, the world’s leading cruise ship manager based in Monaco.

The choice is not surprising given the history between V.Ships Leisure and Lefebvre d’Ovidio. Known as the Vlasov group in its early days, the company also operated Sitmar Cruises and managed Silverseas Cruises for Manfredi Lefebvre d’Ovidio.

When the two ships begin operations is not known at this time. What is known is that the day-to-day operations will fall under the CEO of A&K Travel Group Ltd., Cristina Levis:

“My return to luxury cruising after five years brings back so many emotions. It is an immense privilege to serve these two incredible brands that in the past decades have disrupted the travel industry numerous times. Manfredi, Geoffrey, and I look forward to welcoming past Crystal and Abercrombie & Kent guests onboard, as well as those seeking rewarding luxury experiences.”

“The acquisition of Crystal has been extremely challenging but the satisfaction of having this jewel in our family is the best payoff for all the hard work and efforts of the A&K team. Ad maiora Crystal Cruises!”

Despite the age of the ships, A&K Travel Group Ltd. had to dig deep to acquire the two Crystal Cruises ships. The 2003-built Crystal Serenity, valued at 37.5 Million USD, sold for nearly triple that amount at $103 million. Crystal Symphony, built in 1996, sold $5 million above the estimated $20 million, selling for $25 million.