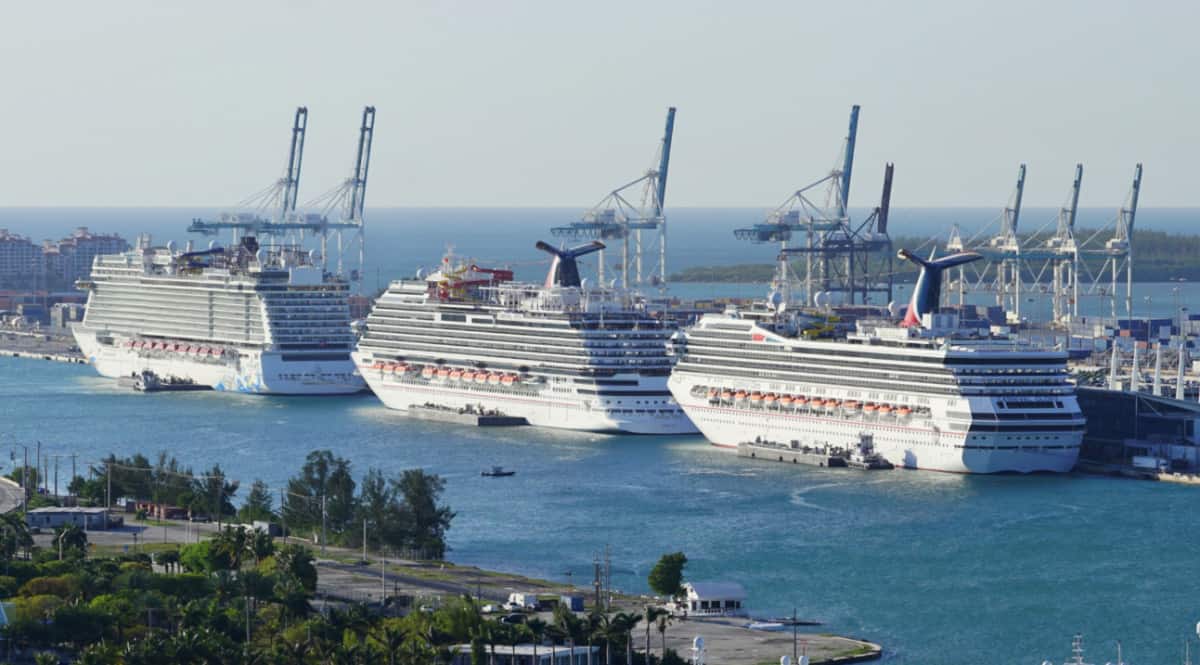 Over the past months, news reports that the cruise industry would be in for some tough times have been plentiful. Those thoughts are not exactly unexpected with the looming recession and inflation spiking worldwide.

However, in recent research by HundredX, an innovative real-time market share strategy platform, the cruise industry could rebound much more robust than previously expected. The industry could soon show more substantial rebound numbers than other travel segments, setting the stage for cruising to surpass pre-pandemic numbers.

With stock prices at an all-time low, the cruise industry is certainly not the first place investors would be looking at to get a decent return on investment. Although Carnival had a spike to over $11 a share last week, the world’s largest cruise operator is back at $9 today.

Similar examples can be seen in Royal Caribbean and Norwegian Cruise Line, although these two are doing better as debts are not placing too much of a burden on their finances. Even then, confidence in cruise companies seems to be bearish, with the belief prices will fall even further as inflation and recession start taking hold in households worldwide.

However, that sentiment is outdated according to the market share strategy platform HundredX. During research released on data collected from over 35,000 cruisers, the company shows that the cruise industry is leading a much stronger rebound than other travel segments such as airlines, hotels, and car rentals.

As vacationers increasingly report an intention to cruise again before the end of 2022, the industry is expected to sustain its upward trajectory, which has been building significantly since March 2022.

The methodology behind the research from HundredX followed looking at the intent to book a cruise, customers saying yes, they will book a cruise this year, minus those that would not. While the numbers were at -25% during 2020, the number spiked to +20% in the first quarter of 2021.

Those numbers bottomed out in March 2022, but the three months through June 2022 showed continuous improvement. The record levels of growth this summer shouldn’t have been surprising to investors as “the crowd” was making it clear that they planned to keep cruising.

Fears of recession and inflation might be big news in the media, but so far, there seems to be little impact on cruise companies, and that in itself is not surprising when we look at what is happening in the industry.

Post-Pandemic, More People Are Coming Back Onboard Each Day

During the early days after the global pause in operations, cruise executives could not contain their excitement. Bookings were sky high, and the industry would soon be back on top. However, that could have been more showing off to investors than reality.

With billions in debt, the cruise industry needed people onboard, and nothing gets people onboard more than saying that everyone is doing it. However, with COVID-19 still a real threat, vaccine rollout in the early stages, 30-40% occupancy levels, and drastic measures onboard, not that many people booked cruises.

Currently, the situation offers a vastly different reality. People are returning to cruising en masse as ships have proven to be a healthy and safe vacation option with vaccine mandates and pre-cruise testing.

Add to that the issues that airlines and airports seem to be having with the massive influx of travelers, and all of a sudden, taking a cruise is a great option.

Yes, cruise companies struggle to control the massive amount of debt they accumulated during the Pandemic. But, with cruise companies hedging their fuel well in advance, high fuel prices have not affected pricing.

Yes, cruise stocks are still at an all-time low. But, this could very well be due to a misplaced sentiment from investors. The number shows that cruising is as popular or even more popular than ever.

What Is on the Lowest Deck on a Ship?
Future Fuel: What Is an LNG-Powered Cruise Ship?
Carnival Cruise Line’s New 3 Day Flash Sale, Cruises From $129
Cruise Ship Passengers Treated With Special View at Port Canaveral
Celebrity Ship to Sail Schitt’s Creek Cruise in March 2023