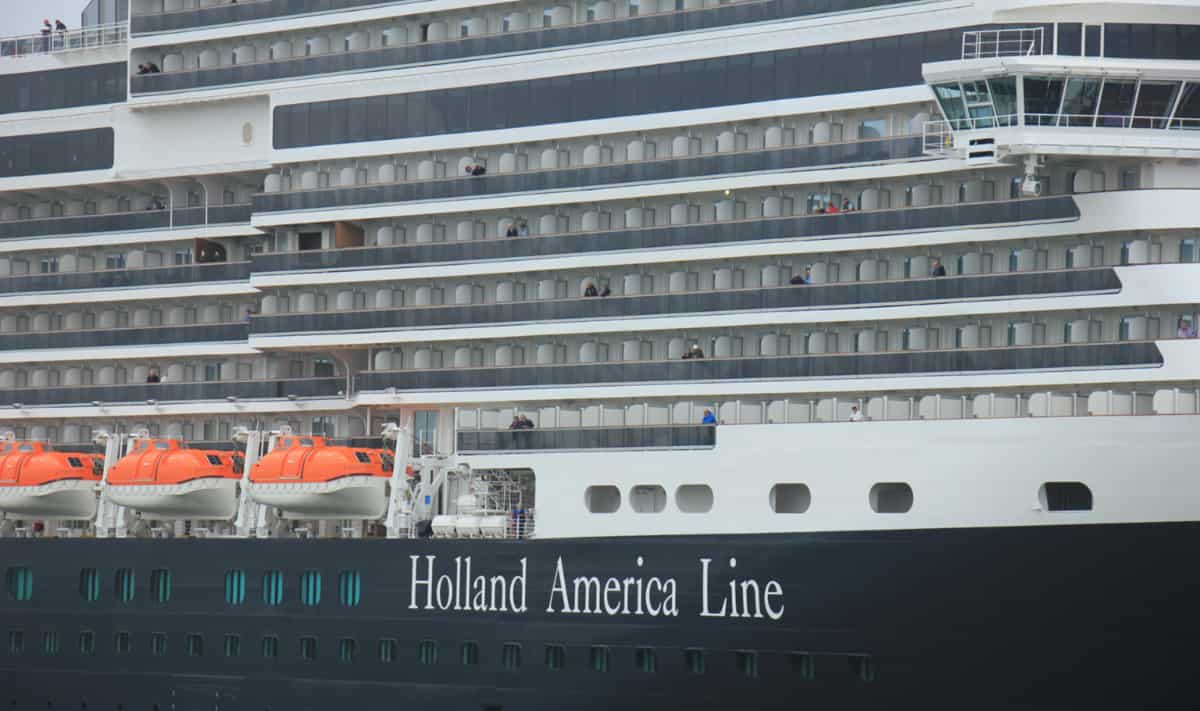 The U.S. Coast Guard (USCG) is involved in search operations attempting to locate a man reported overboard from Holland America Line’s MS Koningsdam. The ship is sailing Alaskan itineraries this summer, and was near Juneau when the report was made late Monday, August 8, 2022.

The man, a 31-year-old crew member, was reported missing shortly after MS Koningsdam departed Juneau, Alaska, where the ship had been visiting on Monday.

The ship departed Juneau at approximately 10 p.m. local time, and the missing person report was recorded at 10:45 p.m. while the ship was in Gastineau Channel adjacent to Douglas Island. Security personnel onboard the vessel reviewed video footage to determine if the man could be located.

The U.S. Coast Guard was notified and a search-and-rescue boat was dispatched, arriving on the scene at 11:15 p.m. A helicopter crew from Air Station Sitka was also enlisted in the search operations, arriving at the noted area at approximately 12:40 a.m. Sitka is approximately 93 miles southwest of Juneau.

MS Konigsdam, as well as MS Eurodam, which had also been in port in Juneau on Monday, assisted in the search, scanning the area for several hours before the ships were released to continue on their planned routes early Tuesday morning.

At this time, the search to locate the missing crew member is still ongoing. “The Coast Guard is working diligently with the assistance of other agencies to locate the crewmember,” said Ens. Maximilian Carfango, Sector Juneau command center duty officer, in a USCG news release issued Tuesday afternoon.

While the search is continuing at the moment, the outcome is far from optimistic at this time, as the crew member has now been missing for more than 15 hours. The average water temperature near Juneau at this time of year is 55 degrees Fahrenheit.

At that temperature, an individual without thermal gear or other assistance is only expected to survive approximately 3.5 hours.

Sadly, this is not the only overboard incident recorded in Alaskan waters this year. In May, a woman was reported overboard from Celebrity Cruises’ Celebrity Solstice, also near Juneau at the time. That search was called off after nine hours, based on water temperature and weather conditions at the time.

MS Koningsdam is a Pinnacle-class vessel, and entered service for Holland America Line in 2016. The ship has a guest capacity of 2,650 at double occupancy and a crew of 1,036 team members from a wide variety of nations.

The ship is sailing 7-night roundtrip Inside Passage itineraries from Vancouver, Canada, this summer, with port visits in Juneau, Skagway, and Ketchikan, as well as scenic cruising along the Inside Passage and in Glacier Bay.

MS Koningsdam continued its itinerary on Tuesday, calling at Skagway as planned. No delays were reported. Cruise Hive’s best thoughts are with the crew and crew member’s families at this troubled time.

Canada Cruise Port Reaches Major Passenger Milestone
Cruises to Canada Opening to All Passengers
Carnival Cruise Ship Crosses a Line That Not Many Often Get to Experience
Norwegian Drops Ports on 14-Night Itinerary Due to Maintenance
Construction Update on Royal Caribbean’s Next New Cruise Ship, Icon of the Seas